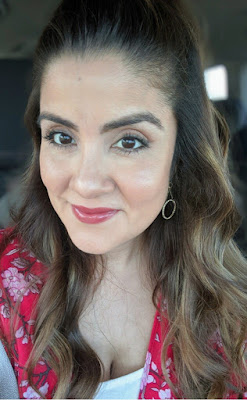 Q: Tell me about yourself.
A: I am a first generation, Guatemalan-American, full time essential worker, bilingual Spanish mom of 3, wife and I love my family, close friends, staying healthy and trying to keep everything balanced at the moment.

Q: Many people are scared when they hear the word protest and equate it to looting , violence and destruction.What have you seen in your own neighborhood ? Have you seen businesses boarded up or affected ?

Q:  Is protesting effective ? Have you or your family protested before ?

A: Yes, I do feel protesting is effective.  In order to get government officials to listen, people need to band together and deliver a loud and clear message.  My family has not protested before.  While I would not be opposed to take my eldest daughter on a peaceful protest, this particular time I felt it to be very risky due to Covid19.

Q: You married outside of your race. Was that a big deal for you or your family ? Have you encountered any incidents as a bi-racial couple?

A: Yes, I married outside my race.  My family embraced my Caucasian, non Spanish speaker wholeheartedly.  I sometimes joke that my mom loves him more than me.  She really does love him.  His family welcomed me with open arms as well. His dad re-married outside his race to a beautiful and sweet Dutch-Indonesian woman.  We live in a city with a great deal of mixed families and it's not uncommon anymore.

Q: Do you have a key racist episode that stays visible in your mind to this day? How did that make you feel? What did you do?
A: Yes, I personally do have a key racist memory that occurred in high school from a very unexpected person.

The person that discriminated against me solely on my race was non other than our school principal or maybe he was the Vice principal.  Anyway, he was in a high position and always toted picket signs with the words "zero tolerance".

This was the 90's and it was the era of the 3 strikes law and we all know how racist of a law that turned out to be!  He was white and he exhibited zero tolerance.

Due to leaving school early on senior ditch day (yes I attended school on that day because my AP Spanish teacher chose to give us our final on that day).  I left after the final but being that I had never ditched I did it all wrong, security guard saw us and rather than run I panicked and came back.  I was treated extremely harshly.  The principle referred to me as "you people".  He nearly had me in tears.  My best friend was with me and she was treated just as bad for being Asian.  I'll never forget the disappointment he made me feel.

Q:  We have heard on social media and the news ways to solve systemic racism and police brutality. How do you think we can address this complex and multifaceted issue ?

A: With cameras and high tech videos on our cell phones police arrests are no longer just their word.  It is astounding to see how much racism there is in the police force.  Police brutality must stop and we must defund the police and create more funding towards other professionals like social workers.  The systemic racism has been uncovered and it must be taken care of immediately.

Q: Are you hopeful  for the future? Why or why not?

A: I am very hopeful for our future.  I am an innate optimist.  I know that there are so many helpers in this world and so many people who know how to be decent human beings.  We must educate our children first at home.  Be consistent in opening their minds about the world and all the beautiful people.  Kids need to be taught about race and racism early on.  Ethnic studies should be taught in elementary school. 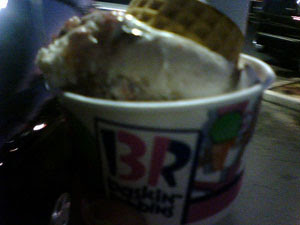 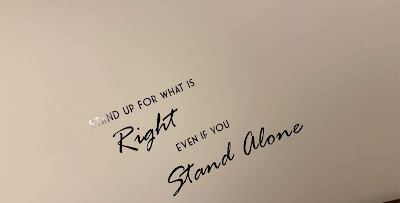